Which down duvet is the best winter duvet?

Are you one of the many people in Central and Northern Europe who like to have cold, fresh air “around the nose” when sleeping in winter, while the rest of the body stays snug and warm under the covers?

Then a good down duvet is probably the best winter duvet for you. It is not for nothing that most people in Central Europe prefer down-filled duvets as their winter blanket.

Because the down duvet is particularly suitable for all people who do not heat their bedroom much or at all during winter nights, but still want to sleep comfortably warm.

Down duvets – the most popular winter duvets for centuries

Since at least the Middle Ages, people have preferred to sleep under down duvets in winter. The goose or duck down used as filling has unique properties thanks to its structure.

Millions of tiny air cushions surrounding the individual down fibres in the blanket form an efficient insulation layer between the sleeper and the outside world.

This keeps the body heat stable within the duvet. At the same time, down-filled blankets are significantly lighter than those with other traditional fill materials such as cotton or wool.

How do I recognise a good down duvet?

Quality factors for down duvets

The quality of a down duvet depends on a number of factors. Apart from the down filling, the most important questions are the following:

KAUFFMANN always makes a clear commitment to quality with its filling power.

For the same weight, down from Kauffmann production is many times more
more voluminous, puffier and therefore fluffier. The Kauffmann down duvet is noticeably lighter with the same warmth performance. The best winter blankets offer the highest thermal insulation at an extremely low weight.

Which is better: goose down versus duck down

In general, goose down has better properties than duck down. Duvets with goose down are generally of higher quality than duvets with duck down. But there is an exception: the luxury down duvets made from Icelandic eiderdown are considered the best winter duvets in the world.

Since only 3 tonnes of this down can be collected each year, it is also the most expensive down in the world. An eiderdown quilt can cost several thousand euros.

It is undisputed among experts that no other down duvet offers a comparable sleeping experience to an eiderdown duvet.

Proportion of down versus feathers

In general, the higher the down content, the more suitable the down duvet is as a winter duvet. Because down not only forms more air pockets due to its finer structure. They are also more comfortable, lighter and fluffier thanks to the lack of a quill.

The fewer feathers used in the winter duvet, the better. Feathers have poorer thermal properties than down, and the quills can even “sting”.

But even with down duvets made of 100% down, the question of their origin is decisive for the quality – which origin of the down is the best?

Origin – where does the best down come from?

The world’s best down clearly comes from Iceland – the eider down is incomparable. There are two reasons for this:

Animal welfare – the down is only read from the nests when the ducks have moved on. Therefore, no animal has to give its life for the extraction.

Quality – there is no finer down with more ramifications, higherCUIN-valuesand better thermal values.

Exclusivity– to harvest one kilo of the exclusive eider down, the Icelandic eider down farmer has to look after 60 to 80 nests!

It is therefore generally accepted that the best down duvet is one with 100% eiderdown filling.

What are the best down duvets?

Eider down from Iceland

Eiderdown quilts are not only appreciated in the royal bedrooms of this world as a luxury for restful sleep.

he precious eiderdown is collected from the nests by certified pickers: in this way, manual production commences right at the very first work stage.

The covering made from the finest Mako-batiste is the crowning glory of this top product from KAUFFMANN.

Only a few hundred blankets can be filled with this precious down each year. As a limited edition, each and every individual duvet is truly a unique specimen of the highest quality.

Bavaria goose down come from geese that grow up in one of the most beautiful and natural landscapes in Germany.

The traditional way of breeding geese is an important part of many bavarian farms.

That is why the down for the Bavaria Limited Edition of KAUFFMANN is available only in limited quantities. 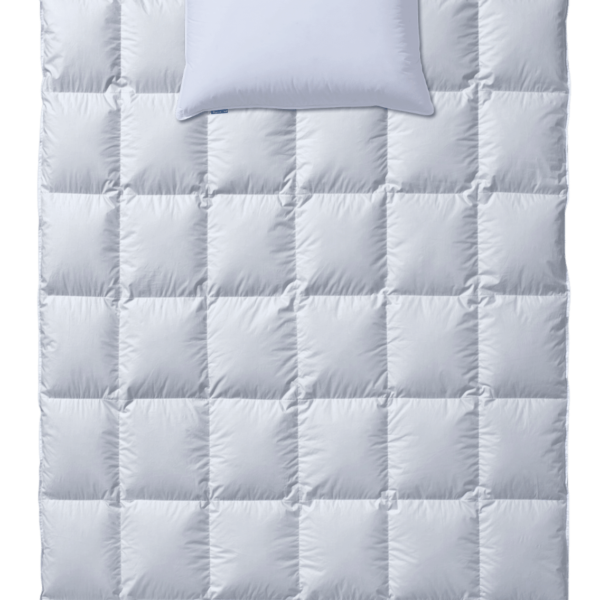 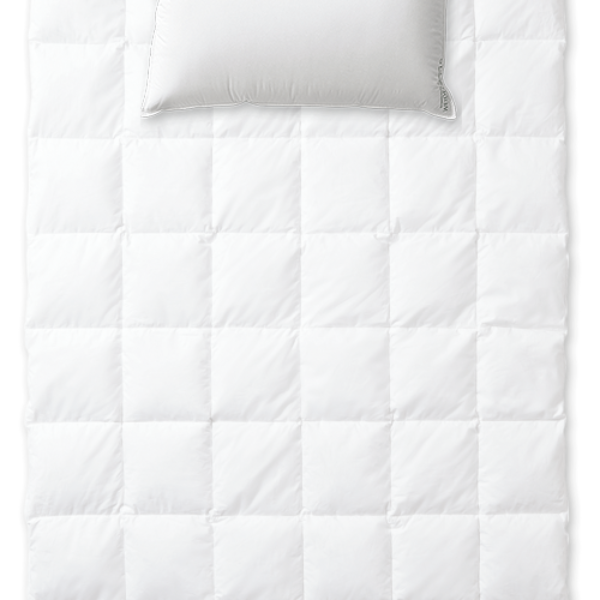 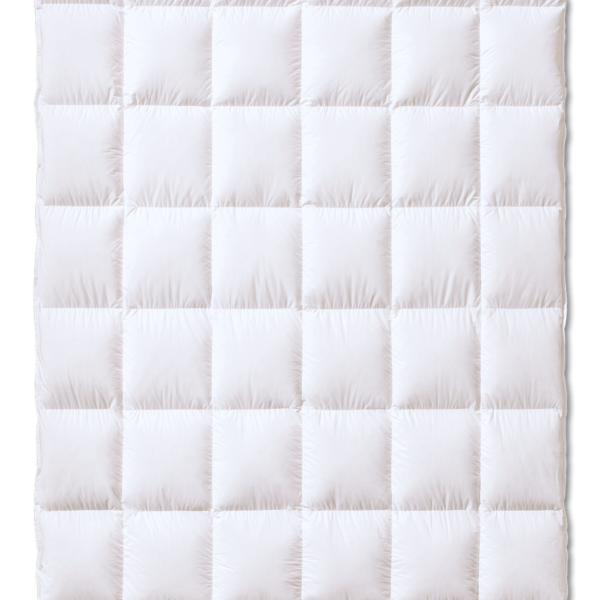 Pomeranian geese are among the oldest domestic geese ever. They provide very high-quality down, which is characterised by high bulkiness.

There are numerous farms around the Masurian Lake District that have been supplying down from a fully matured animal’s plumage for decades.

What is meant by down obtained in a species-appropriate manner?

As there are different methods of obtaining down from geese, responsible buyers should check with the supplier or their website beforehand. Sanders-Kauffmann, for example, is very concerned about animal welfare and generally does not use down and feathers from live plucking.

In general, animal welfare-conscious consumers should carefully check where a supplier’s down comes from and whether it is certified by independent organisations. Österreichischen Weidegans and Bavaria goose down in particular are considered to be particularly species-appropriate.

The most animal-friendly is, of course, the eiderdown duvet. This is because the eider down naturally falls out of the ducks’ feathers in Iceland and is collected by hand from the nests in spring.

Conclusion: Which down duvet is best for you?

The question of which down duvet is the best winter duvet for you depends on several criteria. Among the most important are obviously individual factors such as the temperature in the bedroom and what type of sleeper you are. The answers to these questions will determine which duvet is best for you. Other factors can be personal preferences such as “light” or “thin”, “puffy” or “heavy” blanket. But topics such as the origin of the filling or the filling weight also play a role. These personal preferences are served by choosing a winter blanket with the desired filling. The range is relatively wide, from about 200g to about a kilo of down poured into the blanket.

It is also important to keep the proportion of goose feathers or duck feathers as low as possible. The higher their share in the ceiling, the heavier the ceiling becomes. In the worst case, the quills may even sting. Feathers also do not keep as warm as down, as they do not form as much of an air cushion as down.

In terms of quality, eiderdown quilts are generally the highest quality. However, their high price is a reason for many consumers to look for other down duvets. With a view to animal welfare as well as short transport routes (keyword: CO2 balance), down duvets made from Österreichischer Weidegans or Bavaria down are certainly the most recommendable. But Mazurian and Pomeranian down are also considered to be of very high quality and create an excellent sleeping climate.